The idea of holding a Wwoof reunion came to us well before our 40th anniversary. Since these round-number events are usually family affairs, we decided to hold the reunion on an anniversary that would have its own, magical significance: Forty-two. Douglas Adams, the author of that most popular self-help book, The Hitch-hiker’s Guide to the Galaxy, found the answer to Life, the Universe and Everything. Perhaps somewhere around book 4 of the trilogy, he discovered the Answer was 42… book 5 speculated on the question. Lewis Carroll, the author of Alice in Wonderland may have known the question. He was preoccupied with 42 and postulated that if you drilled a hole through the centre of Earth, pumped the air out and fell in, you could travel rapidly to the other side of the world. In 1966, exactly 42 years before our first Wwoofer, Haruka, left our house and went on into the world, mathematician Paul Cooper calculated that the transit through Carroll’s rabbit hole would take 42 minutes. He was wrong, but then we aren’t sure what The Question is that Adams sought. Maybe the answer lies in the ASCII code’s character * (the asterisk), a wild card and the 42nd character in the set.
How could we possibly have chosen any other time?

The first one to arrive was Katelyn '12. She flew in from Banff and I met her at the airport at 7:00 a.m.
​We tried to get together with Coco '13 and Vanessa '10, who were both going to be in Montreal that day, but not that early They coordinated meeting each other and taking a bus to Ste. Agathe, determined to hike in from there, but we picked them up at the bus station.
​Ambre '10, Sylvine '10 and Antoine '18 drove up that evening, too, and the tent city began growing as everyone began to meet each other and exchange stories 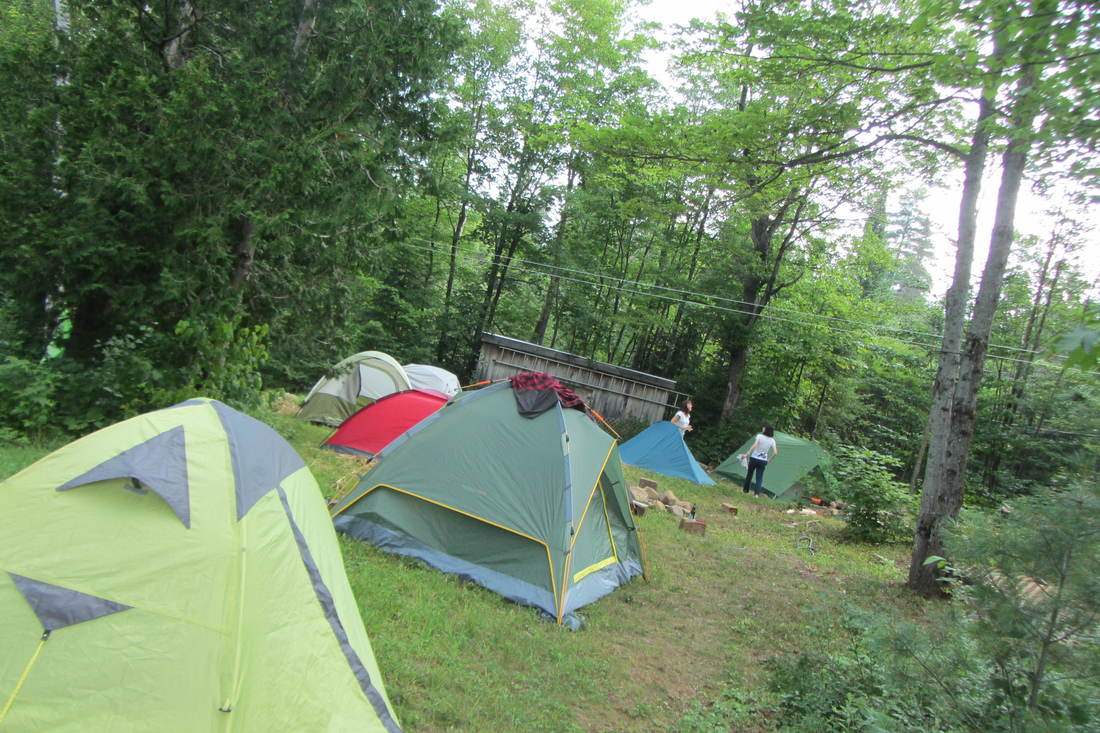 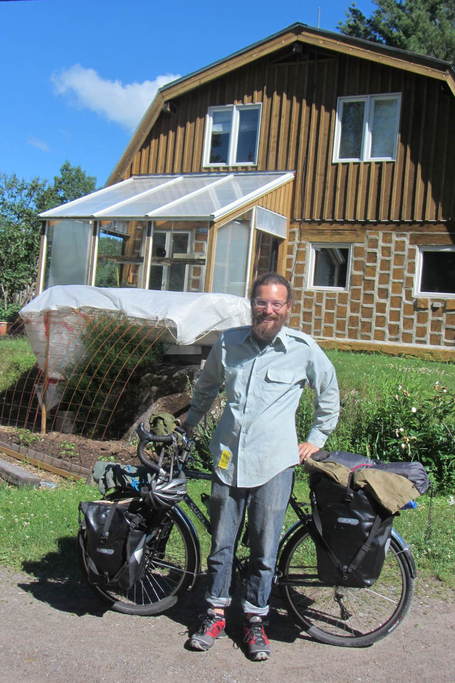 ​​On Friday, Donald '17 arrived from New York having walked his bike the last kilometre, thanks to a broken gear.
'​David did the airport run and picked up Haruka '07, Shizu '09 and 1-year-old Yoh '18.
By Friday evening, ​Cleo '12 and Louis-Philippe-15 (LP) arrived just in time for supper and the tents were all in place. 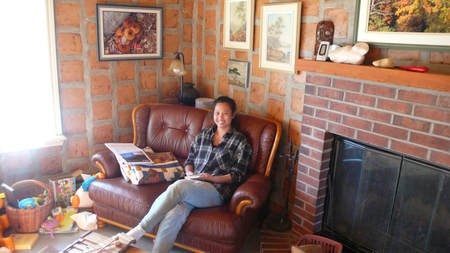 ​Finally, on Saturday Élyse '15 arrived to complete the picture. 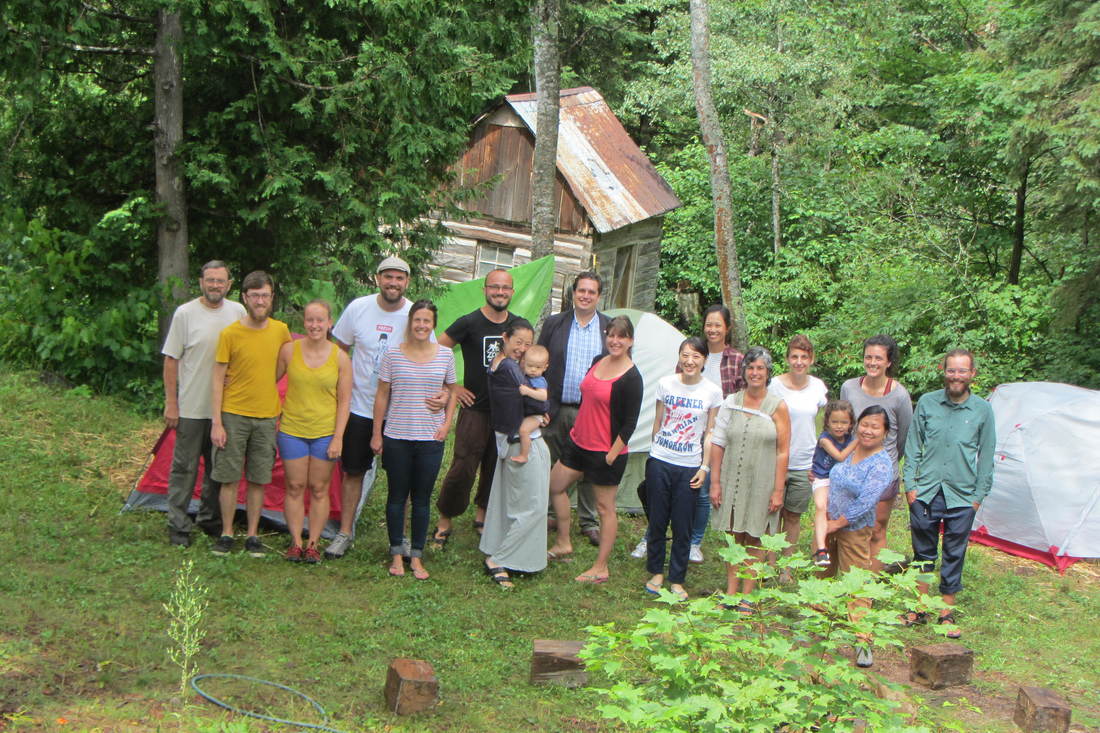 ​With near-peak attendance attained (Élyse could only come for the day on Saturday, and Sylvine, Antoine and Ambre had a flight to catch back to Geneva then), it was time for a communal watching of Tampopo, the foundational document of our creed. 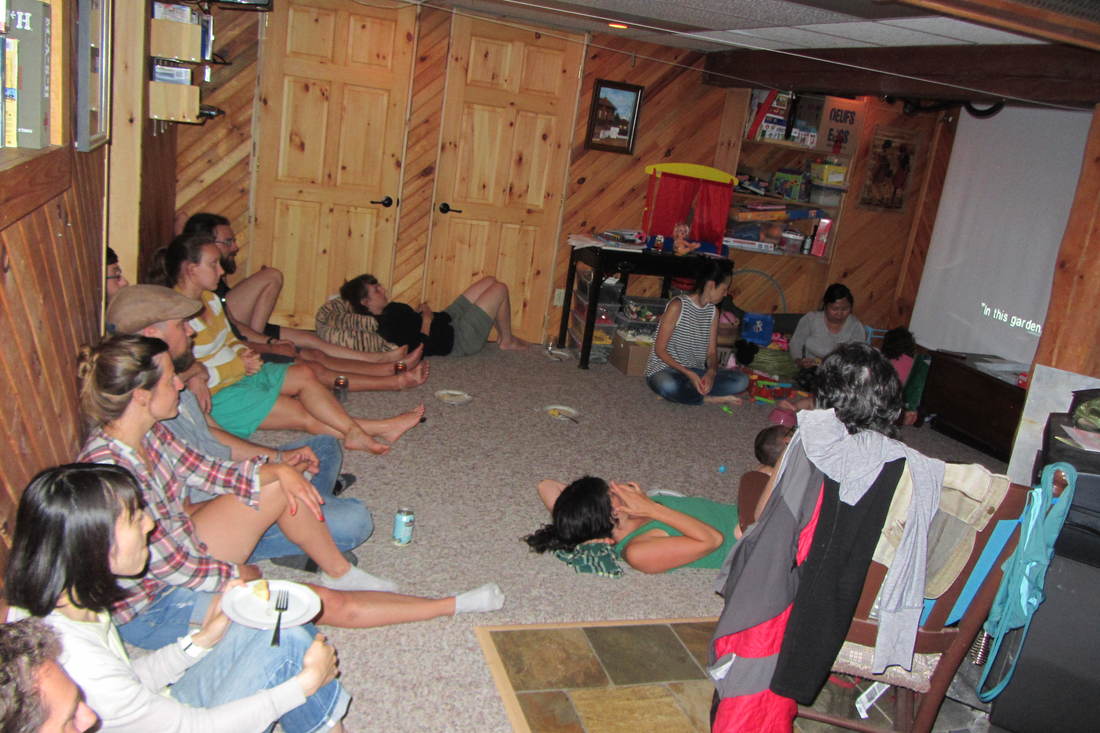 With Sheila’s broken arm, Mishiel stepped in and took over much of Sheila’s role, not neglecting her own. Meals were made, organised and enjoyed. David took some time off and assisted where he could. We all ate in the screen porch before retiring to the campfire for beer and stories.  Mishiel even had time to take many of the pictures with her phone always at the ready. Of course many of the photos here were taken by participants (with a few that came from our own archives).

​We had fallen way behind on the essential summer chores since Sheila was unable to do anything that required two hands. I had hoped, for instance, to get the chickens into what Sheila has always described as their winter quarters (the freezer), but there were 39 huge, healthy fat hens left. Well, Donald, Katelyn, Coco and I were the advance party with Vanessa, Haruka, Shizu (with a little help from Yoh) and Sheila covering us from the kitchen. Cleo and LP, vegans, found other things to do. Lunch was late and there was a lot of very necessary swimming and laundry on that sunny afternoon. Later, LP went to the tower to not disturb anyone with his fiddle practice. It’s a great broadcast location and we all enjoyed the music wafting through the air and landing on us, wherever we were.

Vanessa was clearly intrigued with the whole team spirit and the next day she wanted to know what we could all do together. The firewood brigade began. By lunch, the winter supply was in. I suggested a good afternoon of swimming, but my proposal was dismissed because the woodshed had to be refilled – swimming, someone told me, is what you do once the work has heated you up. (Anyone got any pictures of the firewood bridage?)

​LP and Cleo were gone, though, so we had to suffice ourselves with Ozara’s campfire songs and s’mores during the long evenings outside of the tents. Mama-mia, here we go again. We were all looking forward to her learning more of the words.
The stories shared, the friendships made, the departures …with each day we lost more of our number, as they headed back out into the world to continue to make a difference. But not before providing their new entries for our Wwoof book, lasting memories for us, and an expressed desire to do it all again and to keep and build the connections amongst us.
We’ve been a Wwoof host for almost 11 years… hmm, the number eighteen has some additional meanings. 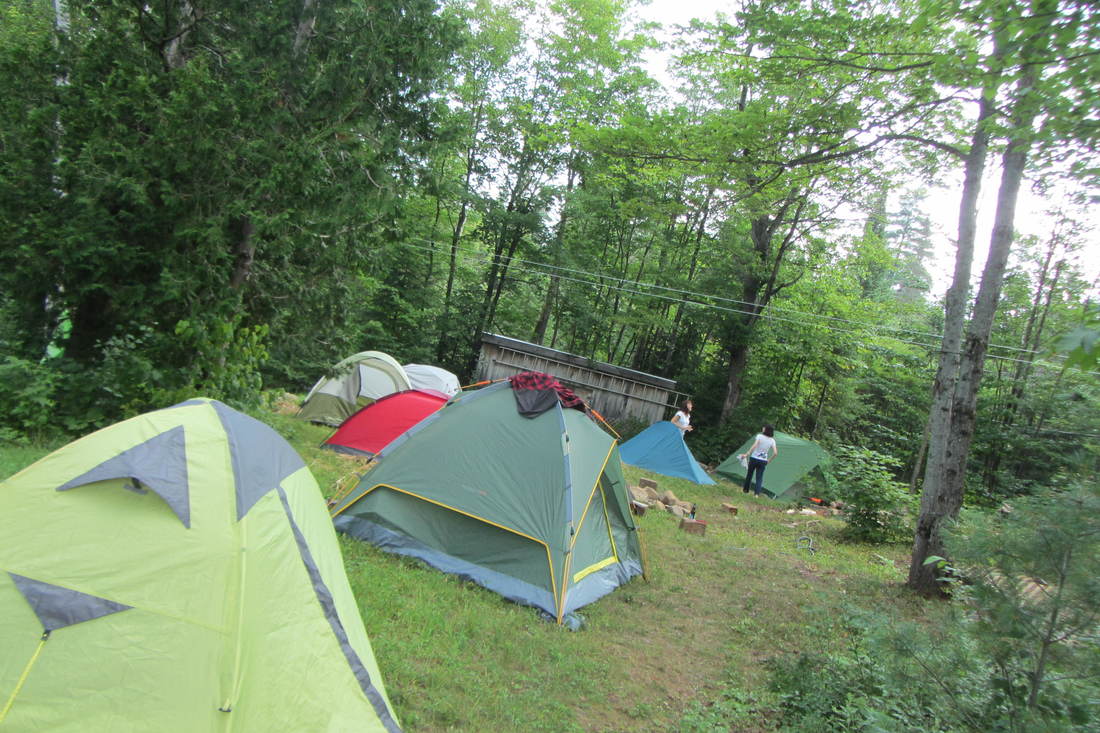